Please log in:X
#FlowerLoveVideoContest
It's no secret that FLOWERS make people happy, increase creativity and even promote well-being. Help us promote the many benefits of flowers through short videos that inspire the use and giving of fresh flowers. Show us your Flower Love!
Congratulations to the winners of AFE’s #FlowerLoveVideoContest! Thank you to all of the participants, and to everyone who voted and ultimately named the lucky winners.

This contest was twofold:

AFE's new online video library is now available for the industry to use in advertising and marketing promotions to endorse flowers as the perfect gift for all occasions. Feel free to share the videos on social media, websites and other outlets!
Click here to view the entire video gallery, including the winning videos and finalists.
Follow AFE on Facebook and Twitter to make sure you don't miss our next opportunity!
Special thanks to Asocolflores for their sponsorship of the contest! 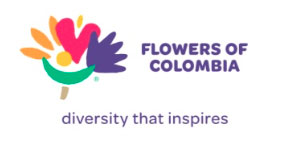 The American Floral Endowment (AFE) is a nonprofit, charitable organization that funds research and scholarships to advance and promote floriculture and environmental horticulture.
X
Like our Page or Skip to continue.
After clicking on 'Like' if the page does not automatically refresh, please click here.

No purchase necessary to enter or win A PRIZE.

By participating in this Contest you declare that you have read the Official Rules below AND THAT YOU FULLY AGREE TO ALL OF THESE TERMS AND CONDITIONS.

Login with Your Social Identity:
Enter Now: X
Get Started